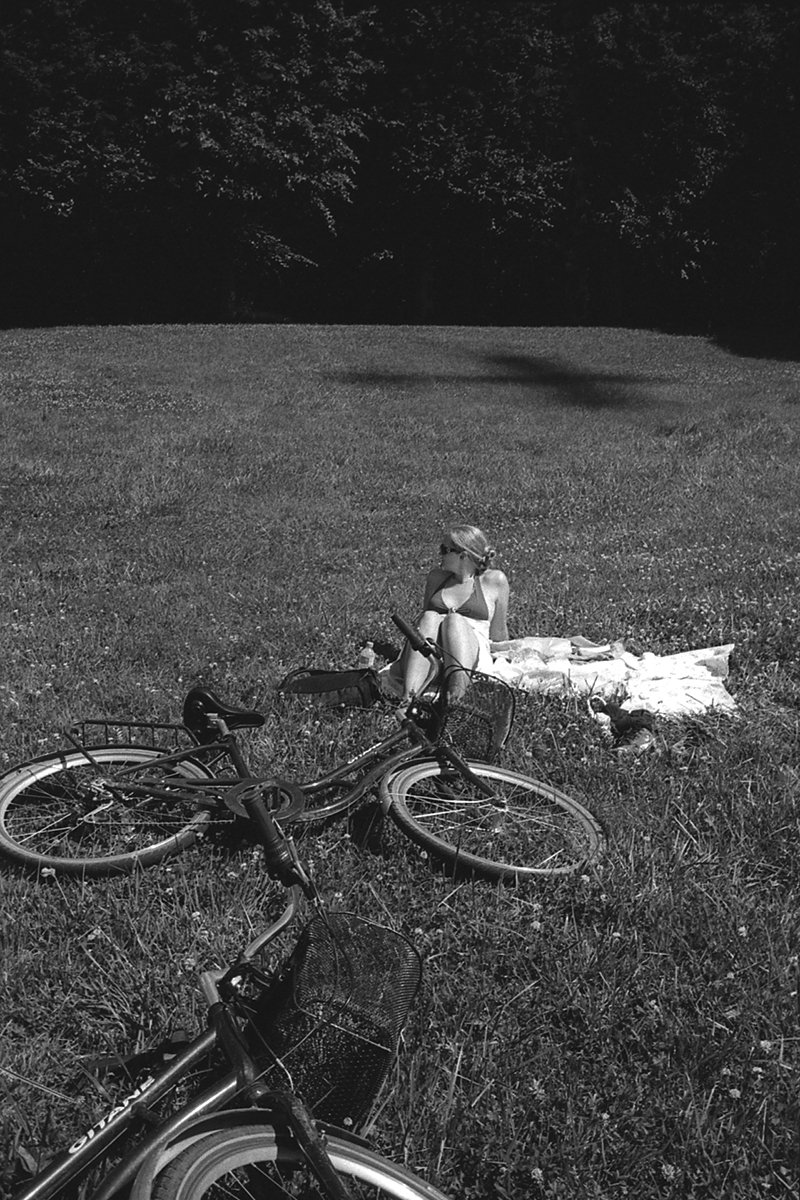 For a long time, i paid attention only to the dreams when my dad, who died last year, condescended to visit me, and unveil a bit of the layered person he was. He visited me with great assiduity when he was alive, and continues to do so. To prepare myself for those dreams, i started to write down all the other dreams, dreams of restless creditors and houses that are mazes; and, when i was younger, another wild character started to pay me visits in dreams. I suppose that dreams which foresee the future are less important than those many childish games, that are pure invention of the mind. Tonight, i had a dream of Ditte.
We were walking along via Giulia in Rome, among the coloured light of the standard lamps, on a long journey to somewhere, in another country, but as the sun set, it became cleat that it was far too late to jump in any train of plane, so we decided to rent a room and wait for the morning. By the fact that we were both holding a suit bag, i’d say we were on our way back from a wedding, or on our way to one. The morning came, and we took a long train to the other country. I remember i combed her long hair, but she had them coloured in black and it surprised me. When we arrived in the other country, it was dark again, and we had to rent another room for another night. At the hotel desk, the groom was a very unpleasant woman with short hair and a monstrous bust. I thought, looking at the prices, that it was a little expensive here to stay among monsters. We walked nonetheless to room 16, opened the door and started to settle in, but something was wrong: the bed wasn’t done, and it smelled of someone, there were shoes on the floor and smoke in the bathroom. I looked at the keys in my hand, it indeed said 16, but we realized, closing the door in a guilty silence, that we used the keys from the first hotel, instead of the ones we had just been given.
For long minutes we wandered in the halls without a word, wondering if every key to every hotel room in the world would in fact open the door to a single, magical, continuous room, and opposed and contradictory things could randomly meet, and be as one.
Paris, 5 septembre 2010